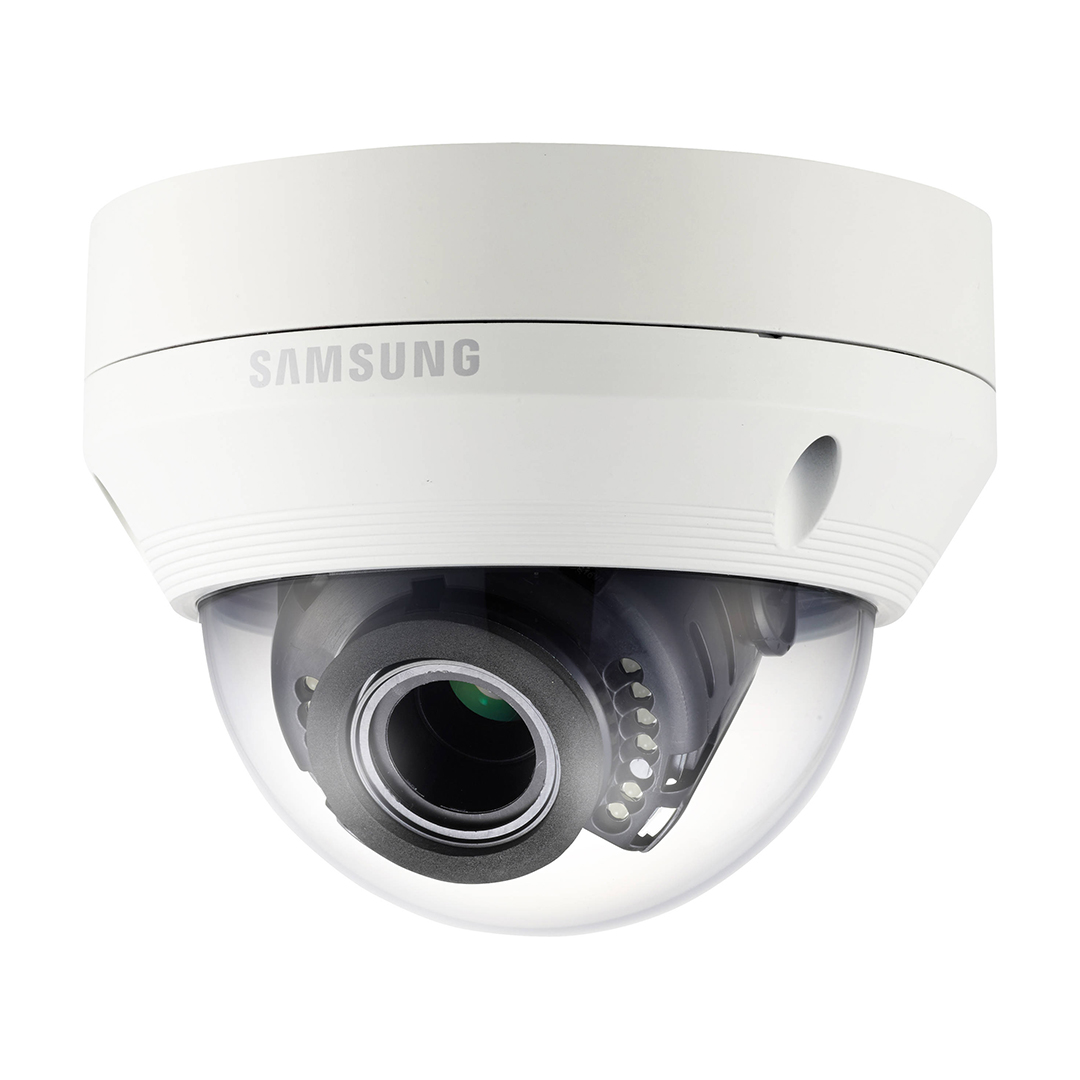 Dome style Security Cameras are a large segment of the CCTV, Surveillance Camera Market. Due to their flexibility and popularity,Vandal Proof Domes are a commonly used form factor. Although they are popular for good reason, there are also some issues and/or drawbacks that could affect performance, Image Quality and Night Vision Images. We will attempt to address some of the more common ones below.

Mounting an IR dome camera underneath an eave or overhang, without enough vertical clearance between the dome and the eave, may cause the IR LEDs to reflect off of the bottom of the eave and bounce back into the lens, ruining the shot. This same effect can be duplicated in a variety of mounting scenarios. Keep the angle of projection of the IR’s in mind when mounting your security camera. Bounce back from objects too close to the IR is extremely common.

Scratches on Dome Camera Outer Cover May be hard to detect

We performed many test’s with Vandal IR Dome Cameras to see how anything from minor scratches to more significantly visible ones impacted images during day and night. A variety of CCTV dome cameras were tested with light and heavy fingerprints, dust and dirt as well. To the eye, some of these issues were not very noticeable unless carefully inspecting the camera and could easily go overlooked in the field. Even slight smudges, dust, or scratches had significant negative impact on image quality at night with IR on, reducing details and blurring portions of the FOV (Field of View), even if these issues were not present during the day, or visible on the dome camera cover itself. Very little force was required to scratch the polycarbonate dome. Never let the dome cover dangle against the wall during installation. It may sound obvious, but is a problem that we run into too often.

Fingerprints on the inside or outside of Dome Cameras Cover

Again, these may be very difficult to actually detect but will cause significant issues. Fingerprints can get on the inside of the dome camera cover during installation just as easily as the outside. Make sure the inside of the dome cover is clean before re installing. After placement, angle of view and focus is set, a final cleaning should be done before closing the cover.

Sounds like we are beating a dead horse but, dirt builds up on the dome cover but is barely visible to the naked eye. This may happen a little bit at a time. The image will still be great in the daytime but as soon as the IR’s kick on you will see a plethora of issues. Be careful cleaning the cover as well. Use a scratch free cloth or you will do more damage than good.

Shooting IR Camera through glass is not optimal

Rather than ‘Not Optimal’ we should probably say ‘Inoperable’. IR LED’s will bounce back when going through glass. IR Cameras that are observing an external (outside) area should be installed outside. Installing the camera indoors and shooting through a window will not work. Alternatively, we have seen people put IR Night Vision Security Cameras into housings with glass covers. Same principle applies. Do not do this.

Use a Scratch Free cloth to clean your CCTV Dome Camera

Cleaning your dome with a rough or dirty rag may do more harm than good. The poly dome cover will scratch easily and should be cleaned gently with the appropriate material. I think we may have already mentioned this but it is worth repeating.