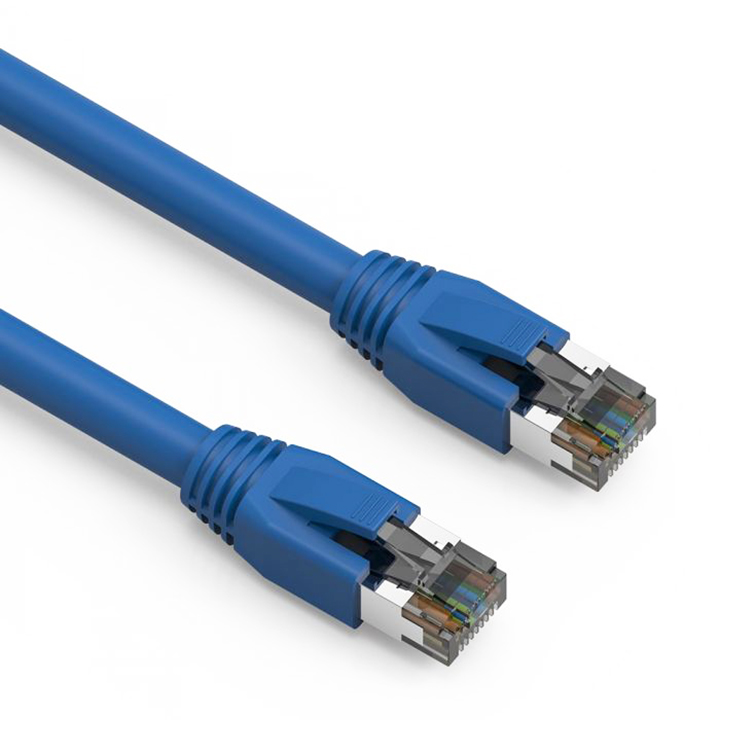 What is Cat8 Cable? For the past two decades, people have challenged the use of Ethernet and Network Cabling. It was believed by some that Ethernet would soon be a thing of the past. Yet, even after Google’s attempts with fiber optics, Ethernet remained the standard for home and commercial networks. 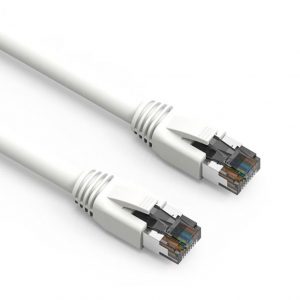 Throughout the years, Ethernet has developed and changed. Every so often new iterations would arise. The various “Cat” designations have gone from Cat5e to Cat6 and Cat6a, and then Cat7 in previous years. But now, we have Cat8 Cables. Cat8 has caused a lot of excitement with IT Network Technicians, Data Centers and now even installers who work in the field of Video/Audio Surveillance. With Cat8, many iterations were surpassed making Cat8 the Ethernet cable one would select to go further into the future. Although this is particularly beneficial in larger applications such as Data Centers, many enthusiastic tech savvy business owners and even gamers have already looked at Cat8 for their networks.

Just to review the differences between all “the Cats” we can see why Cat8 is taking us on a forward path to faster and more efficient data transfer and recovery. Cat5 operates at 100 MHz and transfers data at speeds up to 1000 Mbps. Cat6 works at 250 MHz and can get up to 1 Gbps. Cat7 is impressive with 600 MHz and 10 Gbps rates. These are the numbers on each Category Cable that have been tested and vetted.* Yet Cat8 uses 2000 Mhz signals to move data from 25 Gbps (Cat8.1) to 40 Gbps (Cat8.2). This is exponentially higher than each iteration of Ethernet cable previously.

So, why is Cat5 slower? First of all, it’s cheaper. The production of Cat5 requires less twists and shielding. Cat5 is therefore less expensive to produce. With fewer twists in the cable pairs it becomes increasingly difficult to shield higher frequencies, interference and crosstalk.

So, if it’s the twists and shielding we need to get higher frequencies, the production costs makes Cat7 and Cat8 more expensive. But the raw materials made Cat7 much more expensive. Cat7 often uses gold plates for shielding. Cat8 is less expensive than Cat7. One of the most popular and trusted types of shielding for Cat8 is S/FTP. This is a process that insures each pair shielded is foil wrapped and then a 4-pare shield is around the group of wires. The raw material is copper, much less expensive than gold.

With the exponentially higher Mhz signals Cat8 will “Future Proof” your home or business. And with all the wrapping and shielding Cat8 still has the physical appearance of the lower category cables, but is significantly thicker. Cat8 uses the 8-pin modular (RJ45) connector, the same used in previous versions. This means that Cat8 (Cat-8, Category 8) Cables are backwards compatible with Cat5e, Cat6, Cat6a and Cat7 cabling.

What particularly attractive about Cat8 is it does not require more power. The 25GBASE-T/40GBASE-T equiptment is designed to operate over shorter distances up to a maximum of 30 meters. The power needed to transmit a signal 30 meters at 40 Gb/s is approximately the same as the power needed for 10GBASE-Tn transmission for distances up to 100 meters. There are always contributing factors to deciding which Network Cabling will work best for your application. However, if you are looking for Category Cables that will stand up to the requirements of the future, CAT8 is a perfect option! 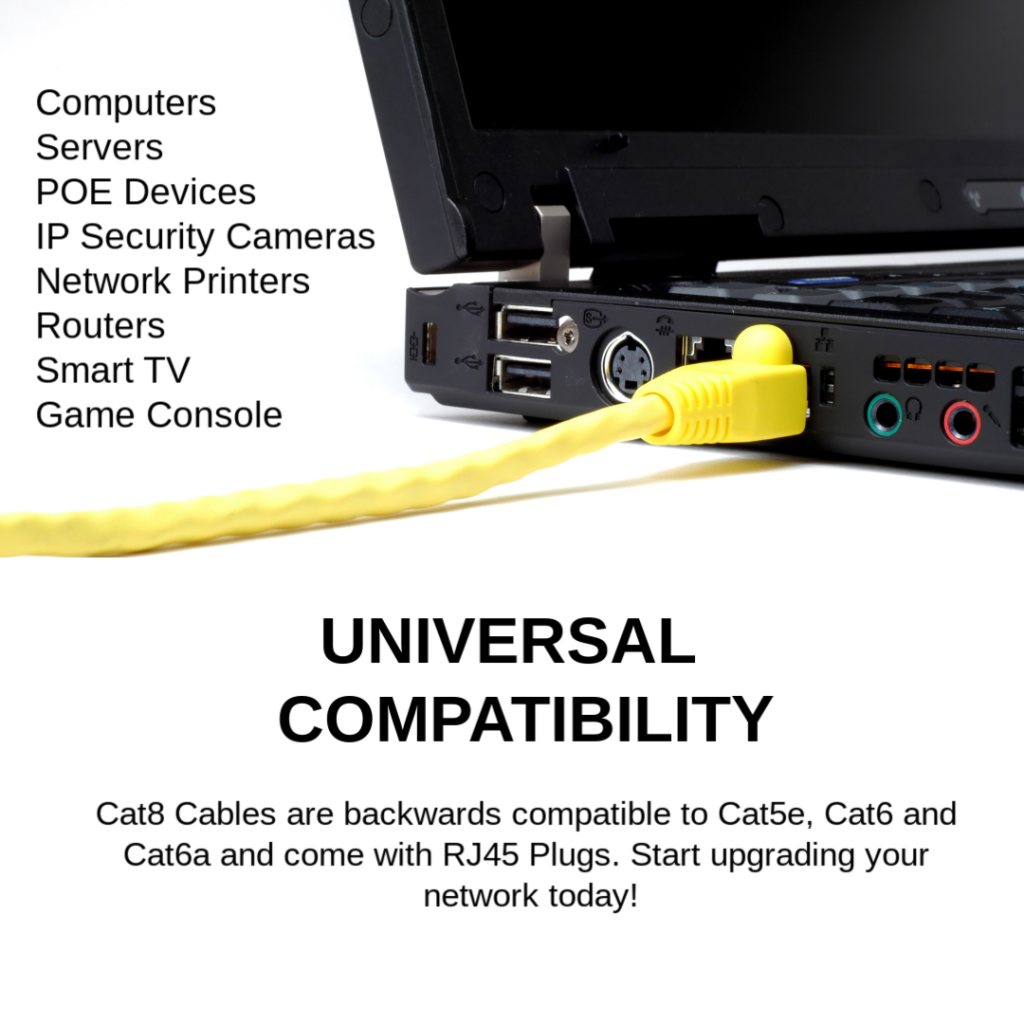